Yoga is an exercise that requires proper breathing to make you get the best of what it can offer.

For some yoga experts, learning to perform the traditional breathing techniques of yoga is one of the most important factors that can lead to successful meditation or relaxation of the mind and body. When you learn these techniques, you will be able to establish healthy rhythms that you can practice on a regular basis. These can help you to attain total relaxation.

Here are the traditional yoga breathing techniques that you need to know:

High breathing is sometimes called “collarbone breathing” or “clavicular breathing.” It refers to the breathing pattern that is performed with the upper chest and lungs. It primarily involves the raising of the ribs, collarbone and shoulders.

High breathing is particularly beneficial to people with asthma, a full stomach, and those who are running short of breath. You can execute this technique by deliberately drawing in your abdomen and force it to move in an upward direction towards the diaphragm and into the chest cavity.

High breathing is the least desirable breathing technique because it is shallow and it is not able to make full use of your lungs. It also requires more energy as it requires you to raise your ribs and shoulders at an abnormally high level.

This form of breathing is common in women especially those who are wearing tight outfits around the waist. This prevents abdominal breathing. Prolonged high breathing may lead to digestive and gynecological problems.

It is a form of breathing that involves the use of the lower part of the chest and lungs. You can perform it by moving your abdomen in and out and changing the position of your diaphragm as you breathe air in and out. Low breathing is also referred to as “diaphragmic breathing.”

This form of breathing is usually practiced by sedentary individuals who have a habit of moving forward while they read or write. It is also beneficial to the solar plexus, an important nerve center located at the upper part of the abdomen.

We tend to adapt to low breathing when we sleep.

Middle breathing involves the use of the middle parts of your lungs. It is like a combination of high breathing and low breathing because it also raises your ribs and expands your chest, and moves your diaphragm up and down and your abdomen moves in and out in little movements.

This type of breathing is a combination of the three other types of traditional breathing: the high, middle and low breathing.

The complete breath is the basic breathing technique that you have to master before trying to learn other breathing exercises. 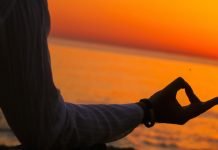 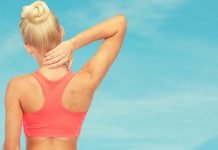 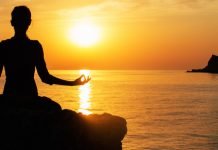 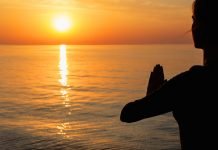 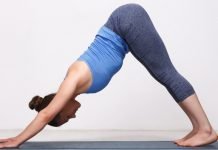